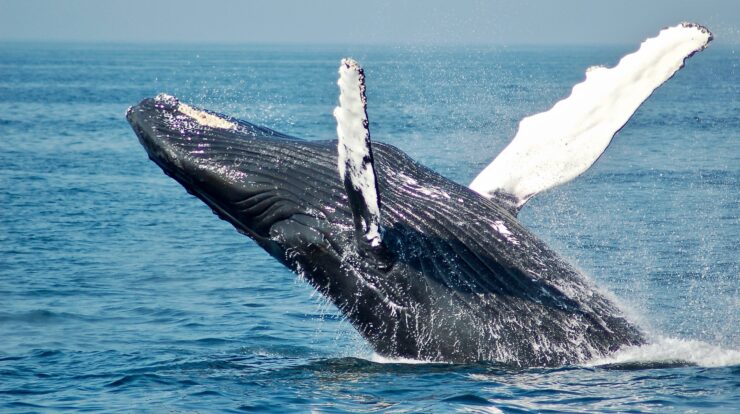 A top tourist vacation destination is Puerto Vallarta located in Banderas Bay on Mexico’s Pacific Coast. Thousands of visitors love to soak up the Mexican charm and lay on the gorgeous beaches in Puerto Vallarta each year. Banderas Bay and the Sierra Madre mountains provide an environment that is considered one of the most biodiverse regions in Mexico. There is a variety of marine life, flora, wildlife, and so much more. Visitors love the attentive staff and central location that makes it easy to explore all the great things to see and do in Puerto Vallarta.

To start with, the lush forests that Puerto Vallarta is surrounded by are home to various animal species. The lush jungle greenery and forest are inhabited by wild boars, rabbits, white tail deer, badgers, armadillos, coyotes, and more. These animals tend to stay deep in the jungle, so it is very unlikely that any humans will come into contact with them. However, from time to time hikers and bikers have seen a few of these animals while in the mountains. There are also many different cat species such as pumas, margays, jaguars, ocelots, and jaguarundis. The jungle also has many different iguana species as well.

In Mexico, Banderas Bay is the largest bay in the country, and it is the 7th largest one in the entire world. There are many different varieties of marine life that live in Banderas Bay warm waters. You can find red snapper, tuna, black marlin, blue marlin, seabass, and sailfish. In addition, many varieties of sea turtles come to the shores of the Banderas Bay each year to lay their eggs in the exact spot where they were born. Jellyfish are seasonal visitors, and you may see blue blobs while you are walking on the beach. They are usually in the water during spring and summer months.

Next, there are more than 350 species of birds that live in and around Puerto Vallarta. In the mountain areas, you will see many different species of birds along with parrots, which are nearly endangered and almost extinct. The gray hawk bird is a stocky bird that is a medium bird that you can commonly see. You can also see American kestrel, American coot, American restart, cockatoos, white garzas, seagulls, macaws, hummingbirds, tiger heron, and bat falcons. If you want to know the best place to go bird watching, then that is in El Tuito, which is only an hour from Puerto Vallarta. It’s a cute and quaint town that has a lovely central plaza. It’s a nice place to explore if you want to visit an authentic Mexican small town without having to travel far from Puerto Vallarta.

Lastly, many visitors ask if the Banderas Bay has sharks. While there may be sharks in Banderas Bay from time to time, they are seen very rarely and will likely not cause any harm to humans. There are rarely any shark attacks, and the bay is very safe for swimming. In addition, there are more than 10,000 humpback whales that make their way to the Banderas Bay waters from Alaska each year. Nearly 500 whales spend an entire season in Nuevo Vallarta to mate and birth their young in the bay’s warm waters. The best time of day to go whale watching is during the morning. You can also see dolphins, manta rays, turtles, and more.

Banderas Bay isn’t just where you can find the best beaches, restaurants, and shopping, but it’s also home to many different animals, marine life, and birds, too.