Puerto Vallarta and Riviera Nayarit will soon be welcoming the most popular reality television show in the United States to film on its shores. The Bachelor has chosen Puerto Vallarta and Riviera Nayarit for its next location to film the famed TV show. The Mexico Tourism Board has invested around $6 million dollars in making the area an attractive and viable option for The Bachelor cast and crew. 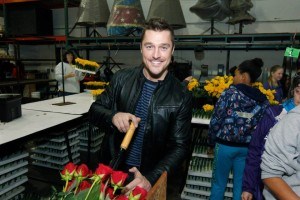 The Bachelor is a ratings success in the US, being one of the most popular reality TV shows on air. It was first launched in 2002 on ABC and has become a phenomenal success. The show’s concept is based around one good-looking and successful bachelor looking for love. He is presented with 25 women who are all set to win his heart throughout the series. He can only choose one woman to be his companion, and viewers watch eagerly as the series unfolds.

The proposed filming of The Bachelor in Puerto Vallarta and Riviera Nayarit is part of a larger campaign organized by the area’s Tourist board. The “Vallarta-Nayarit Live it to Believe it” campaign hopes to attract more and more visitors to one of Mexico’s most popular beach destinations.

Filming of The Bachelor in Puerto Vallarta and Riviera Nayarit is planned for May and June this year, which will take place over 6 weeks. The kinds of locations that will feature in the series include the Arches (Los Arcos) at Mismaloya and Las Marietas Islands among other fabulous local sights.